This volume stands out as a must-read book for anyone seeking to appreciate cycling's race of races. -Peter Joffre Nye, author of The Six-Day Bicycle Races: America's Jazz Age Sport and Hearts of Lions Volume 1 ofThe Story of the Tour de France concluded with Jacques Anquetil's record setting fifth Tour win. Volume 2 opens with the greatest Italian racer of the modern age, Felice Gimondi and his effortless victory at the young age of 22. Despite his extraordinary talent, he never won the Tour again. Starting in 1969, Eddy Merckx began his run of 5 victories. Bernard Hinault, who also managed to win 5, followed him. Unable to fulfill his destiny as a likely 5-time winner because of a hunting accident, LeMond won the Tour 3 times. LeMond's era was followed by the remarkable Spaniard Miguel Indurain, the first man to win the Tour 5 times in a row. The late 1990s were a time of extreme crisis for the Tour as the culture of doping within the professional cycling community erupted into the scandal of 1998. The Story of the Tour de France deals with this episode at length. Emerging from a near-fatal bout of cancer, Lance Armstrong went on to do what no other rider in the Tour's long history had ever been able to accomplish, win the Tour 7 times. Following Armstrong's retirement, the Tour was again seized by scandal, this time Floyd Landis' disqualification for drugs after winning the 2006 Tour. The book concludes with the story of the 2007 Tour, followed by a quest for the greatest ever Tour de France rider and an epilogue that explains the reasons for the extraordinary success of the Tour. Bill and Carol McGann have had their lives inextricably tied up with bicycles about as long as they can remember. Their first date was a bike ride. Bill, formerly a Category 1 racer, has been a contributor to several cycling magazines and is widely acknowledged as an expert on road bikes and cycling history. Sincehis father gave him a small 1-speed English lightweight bicycle when he was 5 years old, Bill has been in love with everything about bikes. Carol, a former college biology instructor is also an accomplished rider, having cycle-toured extensively. Together they started Torelli Imports in 1981, a firm specializing in high-performance cycle
Koop hier het boek bij Bol.com
Pagina's: 414
Uitgever: Mcgann Publishing Llc
Verschijningsdatum: 06/2019
ISBN: 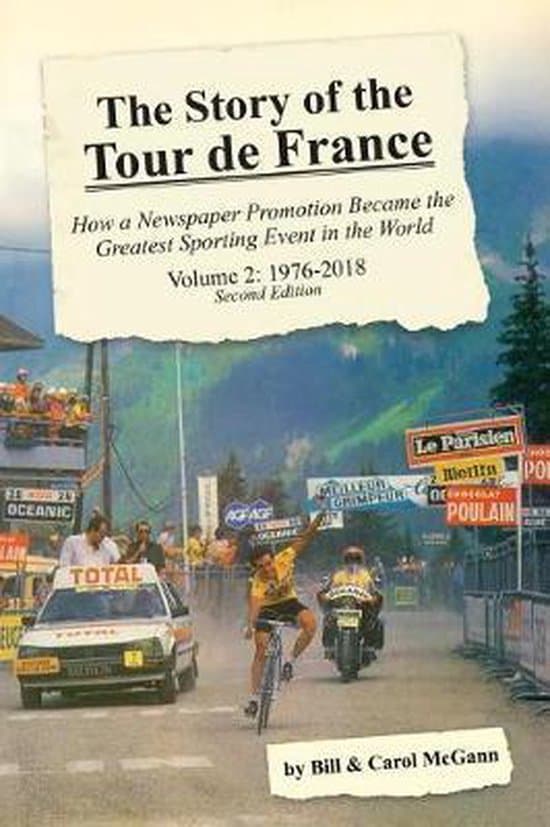